I only added this goal to my Life List recently, but it’s one I’ve been considering for a while. It’s not one I ever thought I’d be able to tick off and honestly, before the start of the year I had very little inclination to achieve it.

Which makes it all the more surprising that last week I ran my first ever 5K. I ran 5 kilometres, in one go, without stopping. It doesn’t sound like much but having reached the age of 31 before I hit that achievement, I’m feeling pretty happy! 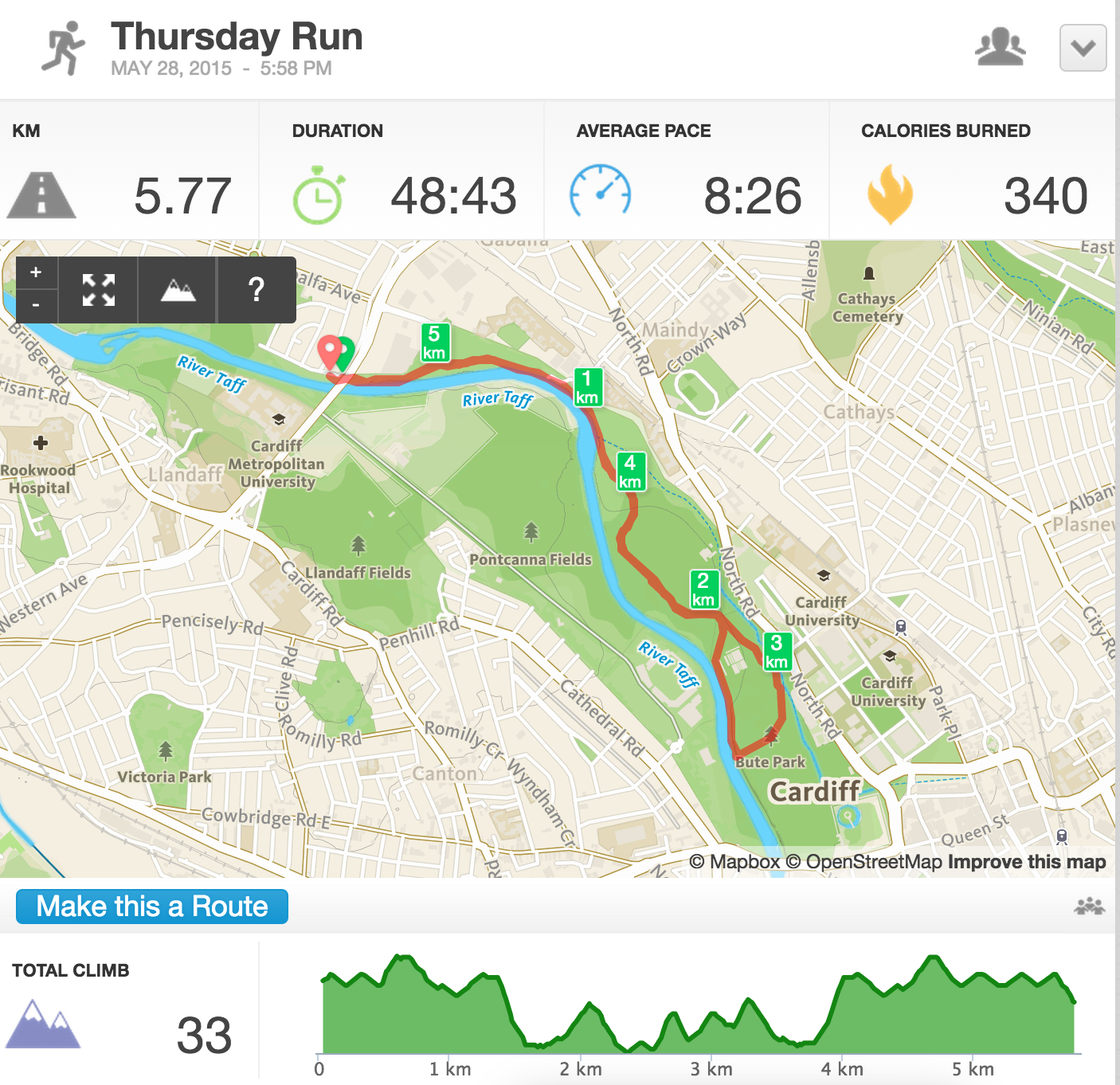 I didn’t mean to do it. I was only on week 8 of Couch to 5K – I was supposed to be running for 28 minutes. Except I’m stubborn and (apparently) competitive (if only with myself) and once I hit 28 minutes I knew I just wanted to get my first 5K out of the way. It’s a big mental hurdle, I think, and I was struggling with the concept of completing it because previously my longest distance was 3.4km and after that I was tired.

I didn’t want to have to go for another run and get to another 28 minutes and then try and run a bit further, I just wanted to get it done. So I did.

I ended up completing it in 40:40 which is pleasing to the eye if not the fastest time on the planet. I still don’t feel like I’m fast enough to run Park Run, but that’s my next goal (that and sub 40!).

I’ve been posting ‘post-run selfies’ on Instagram as motivation (I don’t know why it works, it just does) – come join me there if you want to see a photo of my sweaty face every couple of days. Sounds appealing, right? 😉